Aldi Recruitment - Has anyone been through the whole Aldi recruitment process???

lee_parry
Badges: 2
#1
Report Thread starter 11 years ago
#1
Has anyone been through the whole Aldi recruitment process for area management - what should I expect???
0
reply

what do you have to do, i always thought it was just form, sign, YOUR IN!!!
Troy mcClure style
0
reply

indigovioletred
Badges: 8
Rep: ?
#3
Report 11 years ago
#3
Search for previous threads on Aldi, I've written a bit about this before. The first stage is a group interview (with aptitude tests, teamwork exercises, group discussions and a Q&A session.) There are generally about 10 people are the regional manager. The second stage is a one on one interview with that manager.
Expect lots of very ambitious, money-driven people to be competing against you.
0
reply

mattkewley2001
Badges: 0
#4
Report 10 years ago
#4
Hey, Can anyone tell me how long Aldi took to get back to you after completing the online application form???? Thanks!
0
reply

tombrady
Badges: 2
Rep: ?
#5
Report 8 years ago
#5
As a former Area Manager with ALDI, I would strongly discourage anyone with a university degree from going for the Area Manager role with ALDI. The typical people you will be working with in these roles are obnoxious, aggressive and over confident. This is the ALDI type they are after. They only want people with uni degrees because it shows you can achieve something. You won’t be using anything you’ve learnt at uni, so it seems such a waste of all that study. The role is basically running their supermarkets, a job which people without a uni degree could also manage easily.

They will work you to the bone for 2-3 years and then replace you with new grads. There are very limited opportunities to progress above Area Manager, as the number of Director roles is limited and everyone is competing for them, and the existing Directors won’t leave their current roles so they don’t come up often.

Most people working for ALDI develop very specific skills in overseeing supermarkets, and there are limited opportunities to move into other retail companies with the ALDI experience. Other retailers would rather promote their existing staff into management, and so if you leave the company you will find it difficult to gain employment elsewhere with the ALDI background as your experience.

I would strongly discourage anyone from pursuing an opportunity with them, as they are a ruthless company and will use you until they can replace you. ALDI only operates for the profit of the German owners. ALDI don’t hesitate to replace people they don’t like, and their staff turnover is very high.

Uni graduates would be better advised to work in roles where they can utilize the degree they’ve studied, which in the long term will give them a lot more opportunities than ALDI can offer. Whilst other companies offer a lower starting salary for graduates, you will quickly catch up, and in the long term be in a much better position with a career that actually makes you attractive to many firms.

Whilst the ALDI starting salary is high, it doesn’t go up much further once you are in the company. It is a bait to attract lots of applicants to apply, and then you get stuck. I really regret working for ALDI and would have been better off starting off in a career oriented firm where I was using my uni degree.
6
reply

Torsie1968
Badges: 0
Rep: ?
#6
Report 3 years ago
#6
I had a one to one interview on Saturday tea time I was told aldi will email my self in 72 hrs yet I heard nothing do they still email you if you have not got the job
0
reply

Nammie
Badges: 1
Rep: ?
#7
Report 2 years ago
#7
Is one to one interview on the same day as the group assessment? And when will you know if you’ve got the job or not?
0
reply

Rayy44
Badges: 1
Rep: ?
#9
Report 2 years ago
#9
Hey did u have the video interview first, could u pls tell me what question I should expect x
0
reply

c.karen
Badges: 2
Rep: ?
#10
Report 1 year ago
#10
(Original post by Rayy44)
Hey did u have the video interview first, could u pls tell me what question I should expect x
Hey quick question, for the actual online application, was there any maths/numerical based assessment?
1
reply

Georgiaa667
Badges: 2
Rep: ?
#11
Report 1 year ago
#11
Don’t put yourself through the mither. I got trough to the third stage which is the store expierience. They made me to believe that I’d got the job, they spoke about me driving there and parking, discussed my contract and when I’d start etc. I went to the store expierience and it was a week before Christmas so they wouldn’t let me have a go of anything, showed us the fire exits and then sat down with the manager and he asked the same questions that I’d already been asked by the manager above him. Got an email a few days later saying I was unsuccessful. I don’t know how they can lead you to believe that you have the job, talking about a contract and that I could start in around 2 weeks and then say I haven’t got it. I really don’t understand as I literally did nothing wrong on the store experience as they said I couldn’t help unpack a cart as I had to sign some form for health and safety and I guess to cover their backs.

Probably dodged a bullet I’m hindsight as it’s a tough job, the money’s good but the stress will probably knock years of your life. As well as having to work out the correct change to give customers in you head, the till doesn’t tell you.

Good luck but I’d stay clear and don’t be surprised if they make u believe U have the job and then reject you. I read before going of similar experiences and low and behold it happened to me
1
reply

Ilomas
Badges: 1
Rep: ?
#12
Report 1 year ago
#12
First stage was: Group Assessment. I was with 6 others where everyone got put in pairs and given 6 different scenarios (on paper) and you had to number them from least important to most. Then obviously went round everyone “why do you want to work for Aldi?” “Tell is about yourself” “What do you know about Aldi”. Also, a maths test (now I’m rubbish at maths I’m talking an D/E student ) but it was EASY! “How much change from £10 note If the bread costs £1.70.Second stage:1.1 interview. I was asked what I was currently working as, what hours I could work, when I was available, why I want to work for Aldi, what made me apply (was honest and said I needed the money as I’m not getting paid much at the moment and it’s good money but you have to work hard) the basic normal questions! No need to worry as it was dead simple and I was dreading it and I’m rubbish and shakey in interviews!Third stage: Aldi Experience Day: NOW I WAS PANICKING FOR DAYS ABOUT THIS!. Literally I went in and we went over health and safety. The manager then took me around the store and the chilled room showing me where everything was. He then showed me how to stock shelves (as I’ve never done them before and explained how the older food would go in the front and the new at the back) I had to move pallets using this mover ( forgot the name sorry!) and then unload the food and put them onto the shelves correctly ( was supported by another staff) so don’t worry!. That’s all I did and then after 1 hr 30 minutes I went back to the office and he just asked how I found it and then said I will talk to the area manager and get back to you. If you pass the second stage and get the Aldi experience day DO NOT BELIEVE you’ve gotten the job. I’m yet to hear back. It’s not the end of the world as I know they expect ALOT from you and that’s just after today and it is tough work.
0
reply

(Original post by c.karen)
Hey quick question, for the actual online application, was there any maths/numerical based assessment?
0
reply

Hannahxmercedes
Badges: 1
Rep: ?
#14
Report 1 year ago
#14
I applied for aldi in January 2019 and didn’t here anything back, so I figured I didn’t get the job and then 2 months later they invited me to an individual assessment, I am now currently waiting to here back from my interview to find out weather I got the job.
0
reply

Lolliepj
Badges: 1
Rep: ?
#15
Report 10 months ago
#15
I have done all stages including store experience 12 days ago and I still havent heard back. Does anyone know how long it takes to hear wether you are successful or not? Going out of my mind waiting to hear. Thanks
0
reply 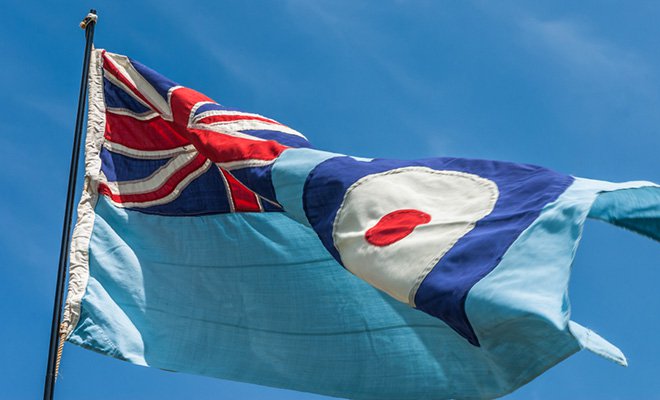 How are you feeling ahead of results day?