Christ Church is fortunate enough to be situated just 200 yards from the centre of Oxford itself, yet also enjoys a relatively tranquil setting, with the undeveloped expanse of Christ Church meadow adjacent to it stretching all the way down to the river.

First years will be grouped together in either Blue Boar quad, which is entirely for 1st years) or in several staircases in Meadows quad. A few freshers have rooms in Peckwater quad and there is one corridor in Tom quad (the main quad) for first year males. It's completely random at first (unless you require particular facilities, in which case they will ask you to inform them), and then there are ballots for the remainder of your time here. A lot of the Meadows rooms are en-suite, with the rooms themselves being very large, and some will be lucky enough to have a balcony and/or a spectacular view across Christ Church Meadow down to the river. Blue Boar is the most modern part of the college. The rooms themselves are smaller than in Meadows, although a standard size for a student room. All Blue Boar rooms were renovated in 2008-2009, and so they are all en-suite now. Peckwater ('Peck') quad is mainly home to traditional Oxford sets where you share a nice big living room with a friend and you each have a little bedroom off the living room - many have oak panelled walls.

Most rooms come with a sizeable fridge, and students are permitted to bring kettles and toasters. Christ Church students are guaranteed college accommodation for the duration of their degree. For most students this will be on the main site, but some (particularly second years) may choose to live in Liddell, a gated set of college owned flats on Iffley Road. The advantage for students living here is that they have kitchen facilities allowing self-catering. There are also some rooms located in St. Aldates Quad across the road from the main site. Christ Church charges a flat-rate for rooms, which is currently around £133 a week.

The Junior Common Room (JCR) is located in Tom Quad. It consists of a large room divided into two sections, and an adjoining TV room, featuring a large flat screen TV and sofas, and as of 2009, also a Nintendo Wii, which is available for use by undergraduates. The main room itself features a pool table, games machines, a quiz machine and vending machines, and daily deliveries of various national newspapers. The JCR is due to be renovated in the near future, with a committee of students having been formed to decide upon the plans. The JCR is currently open from early morning to 3am. The JCR often plays host to college bops and other activities. Despite the college's large size and the quality of the JCR's facilities, it is rarely busy, and so students are unlikely to face much competition when it comes to using the games or TV/Wii. In fact, the TV room only tends to to be full when there's a football match on.

The college bar is tucked away in Schools Quad, featuring a dartboard, pool table and games machines. It is generally open after hall between 7pm and 11pm. The college bar has been closed since early 2013 so that renovation can take place. There is word that the newly-renovated college bar will be opening in the near future, with the Buttery (adjacent to the Great Hall) having extended hours in the meantime.

Christ Church has a very well-stocked library. It's currently not 24 hours but there are plans to try and make it so. Christ Church also has a separate Law Library which is solely for the use of Christ Church law students.

Most students of course bring their own computer, but there is a computer room available, which includes scanning and printing facilities. All college rooms have a wireless internet connection (previously wired), making use of OWL and Eduroam (university wide services).

The college has a very active student welfare program. There are several Peer Supporters amongst the undergraduate community who are trained in offering support. There tends to be a weekly drop-in session where students can just turn up to discuss anything that crosses their minds. There are numerous members of staff available to help also, including the college nurse and the chaplain.

In terms of financial support, Christ Church, being one of Oxford's richest colleges has an abundance of resources. There are several standard grants available to all students, including a £240 book grant, as well as travel grants and vacation residence grants. Christ Church also has its own bursary that is means-tested. There is a hardship fund to which students can apply for help in the form of either a grant or a loan should they face financial difficulties.

Every college has a stereotype....none of them are true. Christ Church is apparently supposed to be full of 'rahs'. This is quite simply nonsense. Christ Church is just like all other colleges and universities in having a wide range of students from all sorts of backgrounds. There are students from both state and private schools, the numbers are pretty much even these days. The stereotype is simply a relic of a bygone age, when of course it was only the rich who could attend university. Thankfully those days are long gone.

Christ Church has some generally excellent food, save for the odd 'experimental' dish, for which student response will determine whether it makes a reappearance on the menu. Entertaining conversation and subsequent friendships are often formed as a result. Halal food is generally served twice a week, and they cater for gluten-free, dairy-free, vegetarian and vegan diets. College meals are highly subsidised, making up for the lack of self-catering facilities on the main site. If paying for a 'season ticket' you pay for all dinners during the term on your termly bill, which works out at around £2.10 for a three course meal. Breakfast and lunch are pay-as-you-go, and they too are highly subsidised.

There are two sittings of dinner every night, informal which is very casual, and 'formal' where students are supposed to be rather more smartly dressed, though the dress code is normally rather relaxed here too and is rarely enforced. The same food is served at both sittings at the same price. Each Friday, members are invited to dress more formally at the 'formal' sitting and do not require to wear their gowns to attend. The JCR also hosts two 'Guest Dinner' evenings each term (i.e. six in total over the year) for which members ballot for a pair of tickets to attend. Each member is guaranteed a pair of tickets in each academic year (although can attend many more if lucky in balloting!). 'Guest Dinners' are five course meals of a high standard with accompanying wines, typically £20-25 per ticket. A similar meal is also held at Christmas, where students invite their tutors for dinner.

We have squash courts (in St Aldates), access to Magdelen College School gym 3 nights a week, 3 punts and a rowing boat, in addition to our own playing fields too. 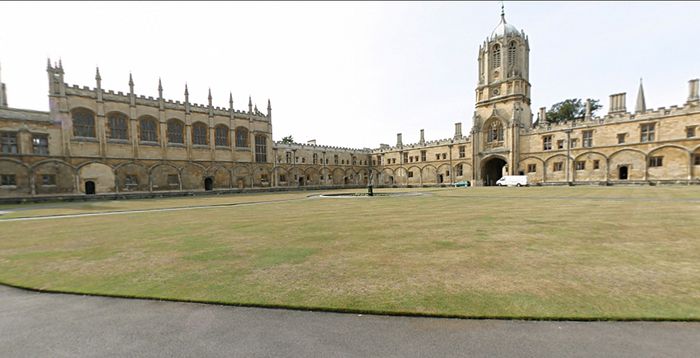 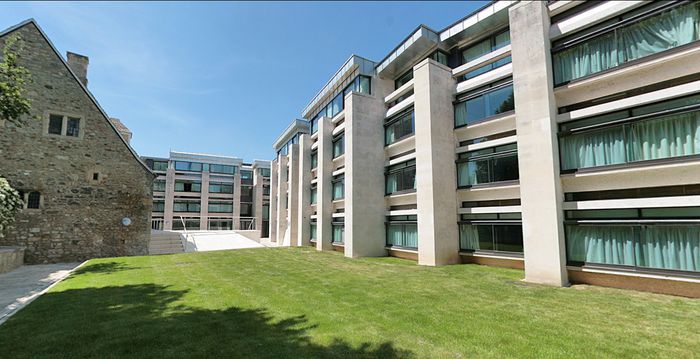 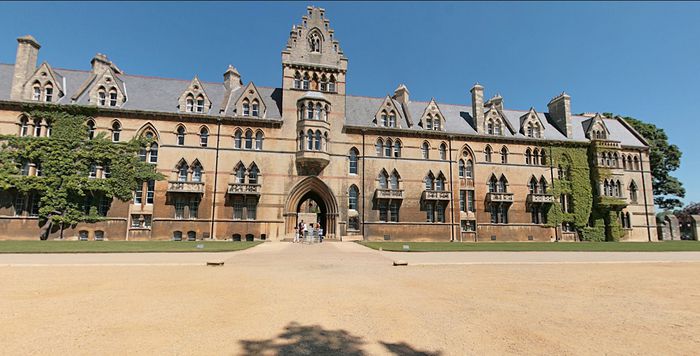 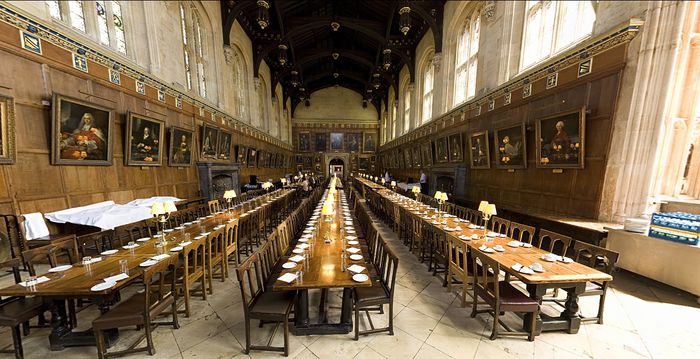