New College occupies a large area of land situated just to the North of the High Street towards its Eastern end. The main entrance is on Holywell street and there are also exits onto New College Lane and Longwall street. New College is bordered by Hertford, All Souls & St Edmund Hall. It is approximately 5 minutes from the Exam Schools (most humanities lectures), 10 minutes from the centre of town, and about 10-15 minutes from the science area (10 for subjects near the Chemistry buildings and more like 15 for Physics and CompSci).

New accommodation is good, for undergraduates this means a decent size of room though they can vary massively from palatial sets to some slightly poky ones, in first year everyone pays the same and they are randomly allocated, 2nd years pick rooms an order determined by reversing the room ranking of first year. Very few 3rd years can live in college. Nearly all are en-suite, most are well furnished with a few having double beds or sofas. Rooms without kitchen access all have fridges. Internet access and cleaner once a week come as standard. New has a reputation for terrible food but this has been improving over the past year. There are NO cooking facilities for first years, and 2nd years normally must trade a kitchen for an en-suite; you not allowed cooking appliances other than a kettle in your room. 1st years can, however, access a microwave at the very top of 4 NB, behind the door to rooms 19 and 20 (open to all).

First years are housed in the New Buildings which make up the row of buildings along Holywell Street (only accessible internally), including the main entrance and the front of the college. After first year it is much more spread-out, but no college accommodation is more than a five-minute walk from college. Only a few people can live in for all three years, but while all second and fourth years are guaranteed a room most people must find private accommodation for their third year. 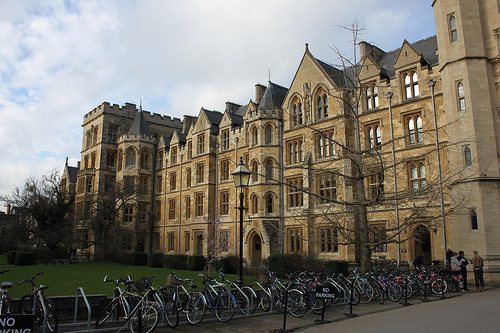 Grads and 4th year undergrads are housed together. The two main sites are:

College life is as social as you make it. There are quiet places if you need to study, such as the Library, but the bar and JCR provide social/meeting places all year round, and the lawns become the top chill-out or pretend-to-revise spot in the summer. The bar has recently been renovated and is really cool - they have managed to keep the 'castle-y' feeling with the stone walls, but it is also really comfortable and the pub quizzes are really good fun! The JCR is equipped with lots of comfy sofas, a big TV with PS4 (Fifa is a current favourite), a pool table, table tennis, computers, and - of course - the one and only bagatelle. (The JCR is also great for stealing fancy teabags and lemsips in the event of freshers' flu)

The college Library is open 08:30 to 00:00 every day during full term, and operates a reduced opening time during the vacations. The JCR has been pushing to get a 24 hour library. There is an ethernet point in every bedroom, and the college has a dedicated computer room as well as three computers in the JCR. There are printers in the computer room, JCR, and library which students can use. There is decent wifi coverage throughout the entire college; in public areas and in all student rooms. (If the wifi coverage in your room is a bit rubbish you can send a maintenance request and they will try to sort it out)

The college has an extensive Welfare system, including the chaplain, the college nurse, two fellows (the Cox & Salvesen fellows) who are typically in their late 20's and have a dedicated welfare role, and the JCR welfare team, which comprises the Male and Female Welfare reps, the International rep, and the LGBTQ rep.

The New College Cookie Fairy, run by the Welfare team, will pidge cookies to stressed out students anonymously, and depending on the time of year you can also receive compliments (posted anonymously on the cookie fairy's facebook page), and gingerbread men. The Welfare team will also pidge free sexual health supplies, and lemsips just after freshers' week - you can ask for them anonymously.

There is also a large group of trained peer supporters, many of whom will be third years living out of college - so you can talk to them about any issues without feeling like they might see you too much or know anybody you might mention. They are great to have a chat with if you're feeling particularly stressed.

New College is generally fairly relaxed and friendly. There are plenty of open spaces and the college itself is as pretty as any other, particularly on a sunny, clear morning. The feeling of walking past the chapel while the famous New College Choir is rehearsing inside is like no other. There's no particular widespread political bent or additional academic pressure. It's a large college, so there are plenty of people around, but not so many that you won't know who most people are by the end of your first year, certainly in your own year.

In addition to the standard JCR, bar, library and computer room, New College has a large hall that provides breakfast, lunch and dinner at set times. Informal hall occurs every day and formal hall on Tuesdays, Thursdays and Sundays for no extra cost (and you get to see Richard Dawkins every now and then). On Fridays, the later sitting is replaced by Guest Night, an event that alternates between MCR and JCR attendance. Guest Night costs about £15 but has superior food, and is a well-attended occasion, with tickets being highly sought after and selling out quickly each fortnight. It's also worth noting that despite New's kitchen reputation, the food at breakfast and lunch is generally good, with more choice available at lunch than at dinner. 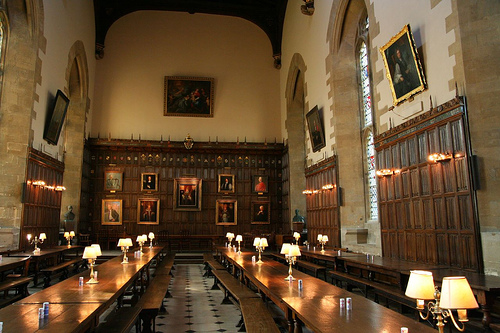 New College also has a band room, a soundproofed underground room that's recently had some money put into it - a new, gigantic Marshall amp and a better drum kit being the main acquisitions. The band room is free for anyone to use, and the equipment gets used for open mic nights and similar events.

Several music rooms with pianos; including a Steinway grand piano which is often used for concerts.

For a student's take on the pros and cons of New College relative to other Oxford Colleges feel free to check out the JCR website https://jcr.new.ox.ac.uk/ 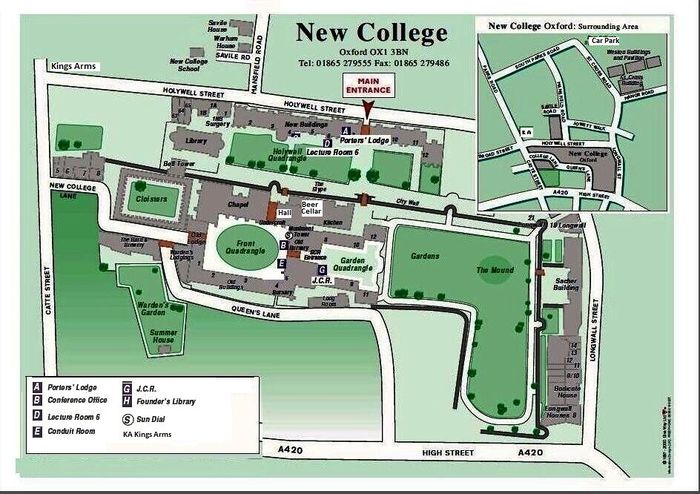 Poll
Y13's - If you haven't confirmed your firm and insurance choices yet, why is that?