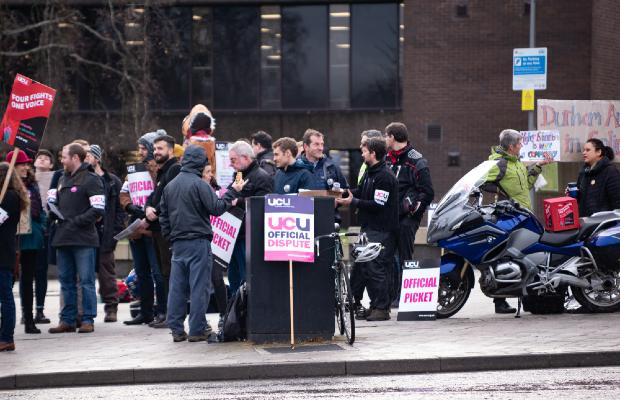 Students at 74 universities are set to be affected by a second wave of strikes this month – and some have started petitions asking for money back because of the disruption that staff walkouts will cause to their degrees.

The upcoming strikes are planned for 14 days across February and March, and will lead to cancelled classes and absent tutors.

Since the latest walkouts were announced, students at a number of universities, including York, Newcastle and Sheffield Hallam have started petitions asking for money back because of the lost contact hours.

The Sheffield Hallam petition, which was started by third-year student Tom Barton, has more than 11,600 signatures, and is asking for £863.33 reimbursement per affected student for 14 days of disruption, based on the amount of fees paid.

"Students affected need to be allowed deadline extensions at the very least to make up for lost tuition time in such a crucial period."

Emily Johnson, a third-year law student, started the Newcastle petition, which currently has more than 1,800 signatures.

“The university as a service provider has the duty to meet fundamental expectations of its customers, ie the students,” the petition reads.

“Thousands of students have lost hours of teaching and suffered increased distress and inconvenience.

“We stand with the lecturers and tutors who rightly dispute their pay and working conditions. We urge the university to reach a resolution with the UCU and put both its employees and students first.”

Sussex University is currently the only university to have offered refunds on these recent strikes – up to £100 for students who suffered distress and inconvenience as a result of the strikes that happened at the end of 2019. 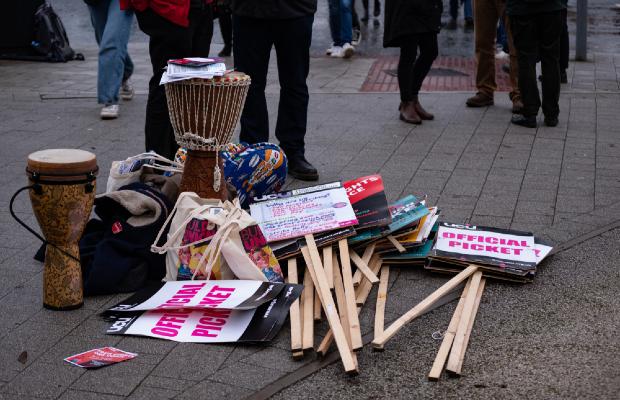 Why are the strikes happening and is there any chance they won’t go ahead?

The strikes are happening because of two disputes: one over pensions and one over pay and working conditions. Staff at 60 universities previously went on strike over these issues at the end of 2019, and union members at an additional 14 institutions have since voted to join the industrial action.

As well as the strikes, union members will also be taking action short of a strike. This could include things like not rearranging cancelled lectures or refusing to cover for absent colleagues.

Jo Grady, general secretary of the University and College Union (UCU) has said that “the union is working very hard to resolve the situation before the action starts.

“In fact, the threat of action has already led to the possibility of progress in our [pensions] dispute.”

However, talks over pay and working conditions are not going so well, Grady reports.

“We have made some progress on job security and equality, but almost none on workload and none whatsoever on pay. If we are to rule out further action that needs to change.”

Grady will be hosting a live Facebook Q&A on Thursday 13 February from 1pm to 2pm. The live stream will be available on the UCU Facebook page and you’ll still be able to watch it after it’s been filmed. If you have any questions about the strikes that you’d like answered, you can submit them via Facebook or by sending them to this email address, either before or during the session.

Do you reckon students should be compensated for the strikes? And how would you go about trying to get money back? Share your thoughts with other TSR members below.