GCSE results day 2020: when it is and what to expect 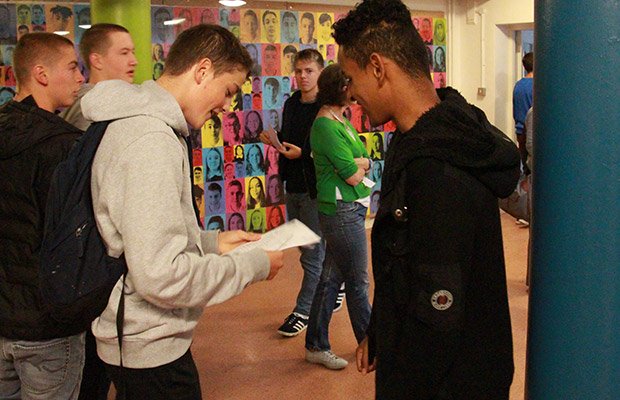 All summer 2020 exams have been cancelled, and your grades will be determined by your teachers

Schools have shut down and all of this summer’s exams have been cancelled. But if you were due to take GCSE exams this year, you’ll still be getting grades for your subjects and the exams regulator Ofqual has said that there will be a specific results day.

Before exams were cancelled, GCSE exam results were set to be released on Thursday 20 August 2020.

After the cancellation of A-level and AS-level exams, that date was thrown into confusion. Soon after exams were cancelled, the government's education secretary Gavin Williamson said it was hoped that results would be out by the end of July.

In a later announcement on how students' exam grades would be decided, the exam regulator Ofqual said results would be released no later than their originally planned dates - so 20 August for GCSE exams.

But Williamson has now provided official confirmation of when GCSE results day will happen, in a comment piece published by the i newspaper.

"GCSE students will get their results on Thursday 20 August, while those who are awaiting A-level results will get theirs the previous Thursday, the 13th," said Williamson.

"These dates are the same as those published at the start of this academic year, and I hope will provide further clarity for all those young people receiving results in the summer."

Williamson's comments confirm that, despite the cancellation of exams, GCSE results day is on Thursday 20 August 2020.

It is not yet known whether students will be able to go to their schools and colleges to collect their results in person, or whether another system will be put in place to issue results.

Will I be able to appeal my grade if I think it's wrong?

If you think your grade is unfair, you will be allowed to appeal. It’s worth bearing in mind, though, that the appeal will only look at the process that your school used to decide your results and not the details of whether the specific work you’ve done is deserving of that grade.

You can find out more about appealing your calculated grades here.

There will also be a round of exams in the autumn of the new academic year. Here's everything you need to know about this optional series of exams.

If you don't think further education is for you

Not sure you fancy going into further education? If you decide to take an alternative route, there are a number of different options for you to explore.

You might do a vocational course (such as construction, childcare or engineering) rather than completing A-levels. Alternatively, you may want to go straight into the world of work and get an apprenticeship or seek employment.

Here is our guide to all of the post-GCSE routes and options, from academic to vocational and occupational qualifications.

You can get some great advice on Apprenticeships and Careers and Employment in the forums.

Help and advice on GCSE results

Live Q and A on results day eve

Plans if you miss your grades?

One song for your whole life...

Poll
What are you most likely to do if you don't get the grades you were expecting?