Student finance just decided there not supporting me!

Watch
Find out more about this uni Look at our Official Guide
View our Open Days
Check out courses and reviews
Chat to us
Who's getting places?
start new discussion reply
Page 1 of 1

kaylie1993!
Badges: 0
Rep: ?
#1
Report Thread starter 6 years ago
#1
I have previously been to University for 2 years and dropped out due to personal reasons. I applied for student finance in May 2014 for a new course at a new uni and got accepted for this. Since than I have had 2 letters one in May 2014 and one in December 2014 telling me that my tuition loan will be paid directly to the University (I started my first semester in October 2014). Last week i received a letter from the student loan repayment office informing me that they cannot support me in 2014/15 academic year despite previously being told I would be supported fully through student finance and today I have received an invoice from my university. I have rang up the student finance company but as suspect got nothing more than an apology and no other help. I know have until 25/02/2015 to pay £8900 which I have no way of doing. Can anyone suggest any help please?
0
reply

Check out our Guide

Check out our Uni Match

Check out our Open Days 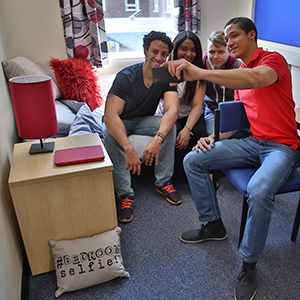 Tiger Rag
Badges: 22
Rep: ?
#2
Report 6 years ago
#2
Your entitlment is Length of course + 1 - previous years study. Depending on why you dropped out, you can have additional years funding. For example, if you were ill. Does that apply to you?
0
reply

b2609
Badges: 0
Rep: ?
#3
Report 6 years ago
#3
Welcome to the world of student finance! Basically they are completely useless!! I did 1 year of a degree previously plus 1 re-sit exam, I did not have student finance except the maintenance for the last 2 terms. I am now doing a different degree and apparently because I had 2 terms maintenance and did 1 re-sit (which I had no funding for) I have had 2 years full funding and the fact that I have changed to a different degree means I am not taking it seriously and will swap again so they won't give me anything at all.

At least that is what I was told the last time I rang them. They are useless and tell me a different story every time I ring up. More hassle than they are worth! Now given up and just have to us my savings & get a part time job to pay for uni.
0
reply
X
start new discussion
Page 1 of 1