MrDystopia
Badges: 19
Rep: ?
#1
Report Thread starter 7 months ago
#1
So Super Tuesday is upon us. We've seen the Democratic nominees jostling for first place, but Bernie Sanders in recent weeks as emerged as the clear frontrunner. We should have a clearer picture of whom will be the Democratic nominee taking on Donald Trump after tonight.

A quick primer for Super Tuesday and what it is can be found here: https://www.bbc.co.uk/news/world-us-canada-51581001

Essentially, like all other US states, candidates will be vying for each states 'delegates'. Whichever candidate has the most delegates will be the Democratic nominee come the November 2020 election. Currently, Bernie Sanders leads in delegates.

Super Tuesday is significant, as the BBC article puts succinctly: 'Up to now, only 155 delegates have been awarded in four states. On Super Tuesday, a massive 1,357 delegates will be distributed, and 14 states are voting. The two most populous, California and Texas, will take part'.

So really, today should be massive in seeing just who is leading the pack. Will Bernie continue his momentum towards the win, or will the several centrist candidates who have pulled out and endorsed Joe Biden have an impact?

Stick around for the results here.
0
reply

Fullofsurprises
Badges: 20
Rep: ?
#2
Report 7 months ago
#2
Tomorrow morning before most of the results emerge, but we should get some exit polls coming in from Vermont and Virginia around midnight UK - Texas after 1am and California after 3am.
0
reply

Rakas21
Badges: 21
Rep: ?
#5
Report 7 months ago
#5
Virginia and Vermont have been called for Biden and Sanders respectively.
0
reply

akragas
Badges: 12
Rep: ?
#9
Report 7 months ago
#9
(Original post by Rakas21)
American Samoa has been called for Bloomberg.
That was worth spending $500 million. 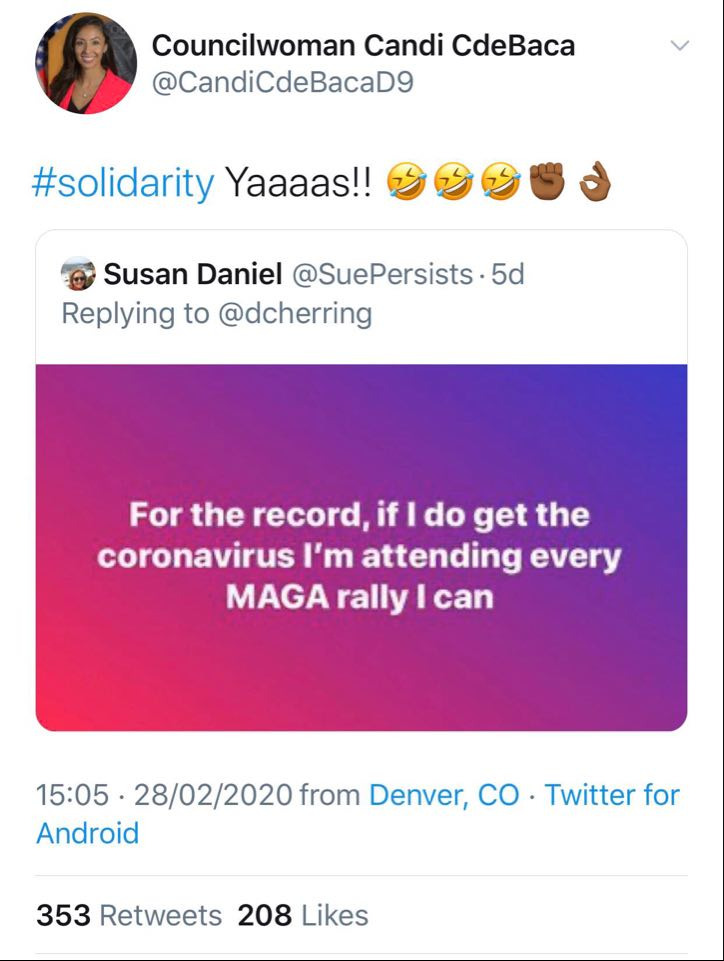 Just another tolerant Democrat
It's a tweet, grow up.
0
reply

The last three may be critical since these I believe we're Sanders states in 2016.
0
reply

Presuming that most warren voters support sanders, which would make sense given that they are ideologically very similar. With them in his camp, he wins texas, maine, massachusetts, Minnesota, and more.

Obviously you could say the same about Biden and bloomberg, but I think the difference there is that this is bloombergs first roll of the dice, he didn't know for sure how badly he would perform, and he has the cash to keep going no matter what. Warren on the other hand was already as good as gone, poor result after poor result and without the funds to keep going in the face of the results.

I wonder, if Biden wins, Warren will look back and think 'Maybe if I had dropped out just a bit earlier, the candidate that I actually agree mostly with, would have won'.
0
reply

Fullofsurprises
Badges: 20
Rep: ?
#14
Report 7 months ago
#14
(Original post by Rakas21)
It looks like my forecast was correct bar three as things stand.

The last three may be critical since these I believe we're Sanders states in 2016.
Yes, I was saying in your other thread that your forecasts were very solid.

The Dems still have some major problems ahead if this, as seems likely, now goes all the way to the Convention. Grassroots supporters will be furious if Superdelegates override the lead for Sanders and give it to Biden.
0
reply
X
start new discussion
Page 1 of 1